Athens. The city that gave birth to democracy, sciences and fine art is ready to reveal its secrets. Athens: the city of history and ancient civilisation – the Parthenon, Acropolis and the Ancient Agora. At the same time a modern, vibrant megalopolis, full of energy, day and night. A city belonging to humanity and Mediterranean light. This mighty city has contributed to world history and culture time and again, making itself immortal;

Discover the historical capital of Europe in 12 steps!

1 SACRED ROCK OF THE ACROPOLIS 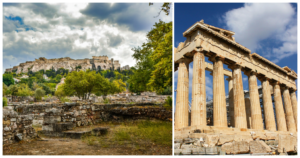 The Acropolis is the most important ancient site in the Western world. Crowned by the Parthenon, it stands sentinel over Athens, visible from almost everywhere within the city.

“In the World Over, the very name of our country is immediately associated with the Parthenon.” Melina Mercouri 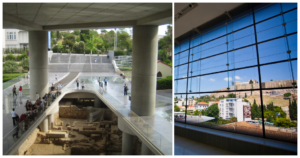 The Acropolis Museum houses more than 3.000 artifacts from the most significant sanctuary of the ancient city, the Sacred Rock of the Athenian Acropolis.

This dazzling modernist museum showcases the surviving treasures of Acropolis. The museum cleverly reveals layers of history, floating over ruins with the Acropolis visible above, showing the masterpieces in context. The surprisingly good-value restaurant has superb views; 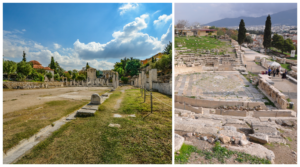 Let’s go on a nice walk back in time, when the architects Kleanthis and Schaubert dreamt of a single walkway that would unify the archaeological sites of the city of Athens. 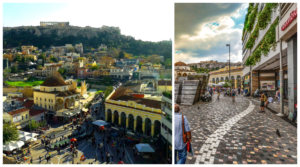 The favorite neighborhood of locals, the gem under the shade of the Acropolis is called Plaka.

The area of Plaka is one of the most attractive districts of Athens. Under the slopes of the Acropolis Plaka attracts all the visitors of Athens with its neoclassical mansions , its small roads with geraniums and jasmines. Plaka is called many times in the Greek literature as the neighbourhood of the Gods . 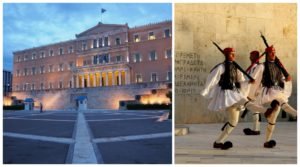 Syntagma Square is the central and the most renown square in Athens. 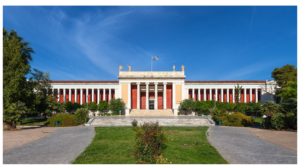 One of the most important archaeological museums in the world, the Archaeological Museum of Athens houses the finest antiquities all over Greece. 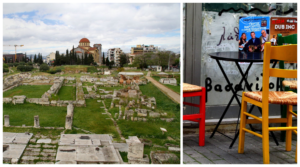 Monastiraki is one of the most renowned neighborhoods in central Athens partly because it belongs to the oldest part of the town and due to its traditional flea market. 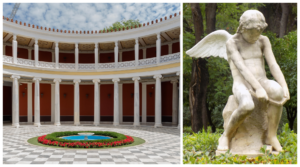 “It remains in my memory like no other park I have known. It is the quintessence of a park, the thing one feels sometimes in looking at a canvas or dreaming of a place one would like to be in and never finds. 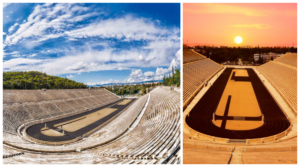 Also known as “The Callimarmaron”, this classical Greek monument is a venue designed and used for noble competition and fair play of mind and body. 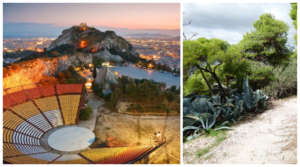 Athens sprawl across the plain of Attica, and like many European cities, is built on seven hills.

Lycabettus, at 300 meters above the sea level, is the highest peek overlooking the Attica Basin offering unique views from above. Considered as an oasis in the middle of the city, with rocky slopes covered with pines and low shrubs the hill provides a significant habitat for 64 bird species. 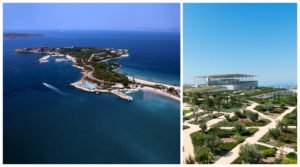 Pin Athens on your map as a sophisticated destination that combines sun and beach with a city break.

You don’t need to get on a ferry to escape the bustle of the Greek capital: take a short bus ride and you’ll find superb local beaches along the sheltered Saronic Gulf stretching from the southern suburbs of Athens to the southernmost point of Attica, Cape Sounio. – you will find a place where urban sprawl gives way to an idyllic palm fringed setting. 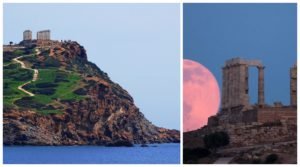 Go beyond Athens to the spectacular Cape Sounion, and see the ruins of the Greek temple of Poseidon, the god of the sea in classical mythology. Admire the views of the Aegean Sea, marvel at the carvings left by Lord Byron, an English Romantic poet from the 1800s, and hear about the legend of Aegeus.

Create your holidays with Firstclassgreece and invest 2 days in Athens before heading for your Villa or Sailing Vacation.

This site uses cookies. By continuing to browse the site, you are agreeing to our use of cookies.

We may request cookies to be set on your device. We use cookies to let us know when you visit our websites, how you interact with us, to enrich your user experience, and to customize your relationship with our website.

Click on the different category headings to find out more. You can also change some of your preferences. Note that blocking some types of cookies may impact your experience on our websites and the services we are able to offer.

These cookies are strictly necessary to provide you with services available through our website and to use some of its features.

Because these cookies are strictly necessary to deliver the website, you cannot refuse them without impacting how our site functions. You can block or delete them by changing your browser settings and force blocking all cookies on this website.

These cookies collect information that is used either in aggregate form to help us understand how our website is being used or how effective our marketing campaigns are, or to help us customize our website and application for you in order to enhance your experience.

If you do not want that we track your visist to our site you can disable tracking in your browser here:

We also use different external services like Google Webfonts, Google Maps and external Video providers. Since these providers may collect personal data like your IP address we allow you to block them here. Please be aware that this might heavily reduce the functionality and appearance of our site. Changes will take effect once you reload the page.